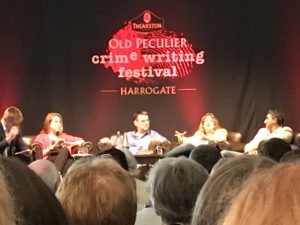 Pinch me! July was such a fantastic writing month. The month just kept on getting better and there wasn’t  a single grey writing cloud to spoil it. How often does that happen?

I was away for two weekends so I’ve been too busy playing catch up to write and reflect on it all until now.

First of all, we had The Romantic Novelists’ Conference in Lancaster. 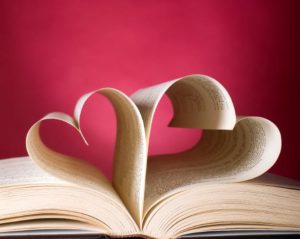 This was a weekend of interesting talks, meeting old friends and making new and the joy of kitchen parties where everyone talked about books and writing and the joy (OK and struggle)  of  writing.

I particularly enjoyed Jo Baker’s talk on revisiting the past. She has written an alternative story about Austen’s Pride and Prejudice characters, ‘Longbourne’. Her talk caught my interest because my third book is set in the past and, at the moment, I’m enjoying novels set in other eras.

I went along to see my friend, Lynda Stacey, in action on the ‘Dangerous Romance’ panel. Lynda was one of four writers who blend romance with suspense and the panel talked about how and why they did it. Not one of them was the same so it made for an interesting discussion. I’ve written about this session in detail for ‘Romance Matters’ so, if you’re in the RNA, look out for it in the Autumn edition.

The next weekend was Harrogate Crime Festival.

I don’t write crime but I’m an avid reader so, as a fan and as a friend of some crime writers, I tagged along and had my first taste of their annual highlight. A murder mystery dinner at Mel Sherrat’s table with my pals Lynda Stacey and Rachel Dove and a charming pair from an accountancy who were sponsoring one of the events made this an unforgettable night of fun, detectiving and  laughs.

James Patterson stopped writing (was it his millionth book?) to open Saturday’s events and he was entertaining. I listened to talks and discussions involving Jo Nesbo and Lisa Jewell, two of my favourites, chatted to Rachel Abbott, a really successful self publisher, and so many others but I don’t want to be a name dropper!

I returned from both conferences with new friends, new links to publishing and new ideas so, as you can imagine, it has been a busy old time since then.

Come August, I did recharge my batteries in France with the family. My cousin followed her dream and bought a fabulous place in St Estephe so we are all ‘obliged’ to do our bit and visit at least once a year to see what they are growing and enjoy the lakes and countryside around there.

I’ve appreciated this sunny spell of life because I’ve had my share of storm clouds and I’m always looking for them coming over the horizon.

How was your summer? All highs like mine or a few lows too?

‘Sometimes, on the way to a dream, you get lost and find a better one.’ Unknown

My  2016 new year plans for publishing ‘A Jarful of Moondreams’ have changed. It’s  usual for me to let my resolutions slow to a crawl or fall by the wayside (What dry January? Who said diet?). I’ve surprised myself by increasing the challenge and moving forward on this year’s resolution much more quickly than I intended.

Those of you who read January’s blog may recall that I was going to send submissions to agents  for several months and wait to see if someone would represent me before turning, as my last resort,  to self publishing. A good plan, I thought.

Sending off three or four  submissions per month was taking up a day or two of writing time and then there was the waiting  for an answer, or no answer to deal with. It took up more thinking space than I thought it would and each month it was hard to settle into writing book two.

In January, submitting was a new task. In February it was a chore that had to be done if I wanted to be published. By March, the rejections started coming in; I received three very thoughtful rejection emails. ‘A Jarful of Moondreams’  wasn’t for these agents but they wished me luck.

I had been prepared for rejection but the ‘not hearing’ from agents is hard even though I know they’re really busy people. So, with my March  submissions being even more of a grind, I decided to give the submissions a rest for a month or so and just get on with book two. I didn’t want to call a halt to getting my book out there but I had submitted to eight agents and,  if they didn’t want it, who would?

I enjoyed becoming immersed in writing my new novel but, without looking for the topic, I kept reading  about self publishing in news articles, on twitter and on Facebook.

This has happened to me before and I recognise that  it’s a sign that I want to do something even though the rational part of my brain is not so sure.  It’s a bit like seeing pregnant women everywhere when you’re feeling broody. My understanding of this is that it is the reticular activating system filtering and focussing on the thing your subconscious knows you want. ( A Lou Tice course during a previous career taught me this and showed how it could be used to come up with solutions to your goals.)

A couple of my own previous examples are – I kept seeing people with terrier pups when I was in a position to have a dog at last and it had been a long awaited goal. I kept reading about authors who were in the RNA new writers’ scheme when I felt like I wanted writing support but wasn’t sure where to find it. Once I had my pup and once I was on the RNA new writers’ scheme, those pups and writers were still about but they didn’t register in my RAS with as noisy a ‘ding’  every day because I had achieved those things.

I decided that, if my RAS was flagging up self publishing and I was less enthusiastic about sending  submissions, I had the answer  to rethinking  my plan.

It was an article by Rachel Abbott- don’t you  love her thrillers?-  about her route to self publishing that first got me thinking. Rachel’s novels are best sellers but she couldn’t find an agent. Her success has been phenomenal and she got her agent. Lizzy Kremer represents Rachel now but she still self publishes .

A Facebook friend sang the praises of Matador, part of Troubadour publishing, who supported her self publishing journey. Accent press advertised their new venture in the self publishing market. Well established publishers are collaborating with authors who want to self publish. Why not give it a try?

I had to discuss financing this plan with the other  half  of the team and, straight away,  he said, ‘Yes, do it.’  Readers, if you’re out there, (I had already married him) I did it. Gulp, big decision made.

I sent my novel to the two reputable publishers that I’d heard of and both gave me a good choice of levels of publishing and marketing. I decided to go with Octavo ( part of Accent press) who were offering a discount to RNA members and, now the decision is made, I’m delighted to be starting on this exhilarating journey.

My book, ‘A Jarful of Moondreams’, will definitely be available worldwide as an ebook and as a paperback this year. How exciting is that?

Was my decision too hasty or would you have done the same as me?  Has your RAS ever gone into overdrive about a goal? I’d love to hear your views.