Sometimes, I wish I had a crystal ball so I could see what lies ahead. I could be prepared for the wonderful day when I get my exciting multi book deal with a publisher by having a couple of novels at the ready. 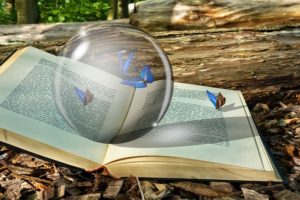 What would you like to know about your own future?

It would be such a relief and joy to know that a personal dream is eventually going to happen wouldn’t it?

When I  was accepted into college, it took away the need to achieve high ‘A’ levels and I did a bit of coasting because my place was a sure thing.

What if the crystal ball showed no deal? I’ll never stop writing but would I lose confidence  and stop trying so hard to improve?

Perhaps we should all heed the words of the author Vera Nazarian who said,

‘Not knowing is the greatest life motivator. So enjoy, endure, survive each moment as it comes to you in its proper sequence, a surprise.’

My latest novel, ‘The Barn of Buried Dreams’,  opens with  a surprise for Erin, the main character. She is faced with changes she couldn’t foresee. Erin returns home to care for her sick mother leaving her fiancé and London theatre life for a while.

Here is a taster.

Erin had never understood how anyone could be totally surprised by their pregnancy.

She stared at the stick in her hand in utter disbelief. Two stark lines…the test couldn’t be clearer. How had this happened? Well, she knew how, of course she did, but what were the odds? Wow.

Bloody wow. She bit her knuckle and checked the tiny screen again. Wasn’t she supposed to be doing a happy dance? Maybe. When she got over the shock. It was such bad timing. This was meant to happen in the future, very far into some fuzzy future, when it would be a thrilling moment with Damien doing the test with her. They had a wedding to plan and their careers to establish before this bit of the story.

Erin felt guilty immediately. How could she feel that way? She had created a new life with the man she loved and here she was thinking it was inconvenient. She hoped the tiny being that was beginning to grow inside her couldn’t hear her thoughts.

Her life hadn’t been her own this year and now it looked like it wouldn’t be ever again. She’d spent years working hard to get where she was but now her stage career was drifting away like an unattended beachball, bright and enticing but moving further and further out of her reach. Would it come back to her on another tide or crash on the rocks?

‘Erin, our programme will be starting soon.’

‘Just coming, Mum.’ She placed the confirmation of her future on the bathroom window sillhurried downstairs to make a pot of tea before Happy Valley started.

Mum was soon engrossed in the episode, making comments about the murder case and cursing human traffickers. ‘Sergeant Cawood won’t let them get away with this trafficking scam, will she, Erin?’

Erin tried to keep up but her mind churned away at her own inner drama. When would she tell Damien? She’d have to tell him first, even before she told her mother. What would they do about a wedding? Rush into a small ceremony before or wait until after? They would both just have to get used to the idea of parenthood. There was never a perfect time to have a baby but she was twenty-seven and they had talked about starting a family, one day, so they’d just have to put their wedding plans on hold and become a family sooner than they thought.

‘Erin?’ the credits were rolling and her mother was studying her closely.

Liz Douglaseaned forward in her chair, her pale face showing how easily she tired. ‘You haven’t followed that episode at all and your mind seems far away. Is everything OK?’

‘Are you sure?’ Mum could be a mind reader at times.

‘I was just thinking about Damien coming at the weekend and wondering how to keep him entertained. You know how quiet he thinks it is around here.’

‘A night at the Bridge Inn isn’t his idea of fun is it? How about the Red Lion at Alnmouth? That’s livelier.’

She caught Mum’s wicked smile and laughed. ‘Yeah, he’ll have to make do with that, or watch TV. He’s just here for a couple of nights anyway.’

Erin helped her mother up from the chair and across to the single bed that was set up in the corner of the living room. It was good to see her regaining her sense of humour and watch her getting stronger every day. In a month or so, she might be back to normal. Bloody hell, she hoped so. Poor Mum, she was really working at her recovery from a stroke but she was nowhere near to being independent again.

Erin was anxious to get back to London, the sooner she could get back to work, the better. Her agent couldn’t put her forward for auditions when she was tied up here and she missed Damien. Mum came first, though and, until she had made a good recovery, Erin would stay here. Remembering the baby cells that were multiplying minute by minute, she drew in a sharp breath. She would be limited in getting any roles once this baby started to show.

‘What’s startled you, Erin? You look like you’ve seen that Tommy Lee from Happy Valley.’ Mum looked at her curiously as she slipped off her dressing gown and sat on the bed.

Erin shook her head. ‘It’s nothing. I’ve just remembered something I need to do tomorrow.’ The phone rang, freeing Erin from any further questions as she crossed over to pick up the call.

‘Yes, she’s right here… Mum, here’s Heather, for you.’ She passed the phone over and took the chance to escape further questioning by slipping into the kitchen to prepare a night time tray with water, a flask of tea, a plate with two shortbreads and her mother’s tablets. Heather would be chatting to Mum about Happy Valleyfor a while; they both loved a crime series.

Bracken barked at the door to go outside. Erin smiled as he sat smartly with his head cocked to one side waiting for her to let him out into the back garden. As she stood in the open doorway and watched the silhouette of the Welsh terrier snuffling in the bushes at the far end of the garden, Erin thought about what Heather would say when she heard her baby news. She was longing to tell her. Heather was already eight months along with her second and would be full of advice, but it was only fair to tell Damien first.

A few more days until he arrived on Friday and, after she had talked to him, she would break the news to Mum and Heather then her friend, Darcy. She just couldn’t imagine Darcy’s response. They had both shared dreams of stage careers and of finding love, but they had never talked babies.

Lying in bed that night, Erin counted backwards to work out just how many weeks pregnant she was. She’d already done this a dozen times since taking the test and the answer didn’t change. She’d run out of pills soon after dashing home to look after Mum in November and hadn’t been too concerned because Damien had a busy filming schedule and was going to see his parents in Kent for Christmas. He wouldn’t be visiting for a while so there was no rush to renew her prescription when their only contact, video call or text, was a hundred per cent conception proof.

Damien had missed her over Christmas and arrived at the door of Magpie’s Rest to surprise her on New Year’s Eve with presents and champagne. She hadn’t expected this extra surprise… she really hadn’t. Just one careless night? Hell, she must be eight weeks pregnant.

She glanced at the time, waiting for Damien to call. Last night, he said if he didn’t get in touch by midnight, it meant he was delayed at the promotion event he had to attend. There was a minute or two to go but she was tired. She decided to ring him.

‘Hi Damien are you still tied up with work?’

‘Never mind. It’s not long until the weekend and we can catch up then.’

‘Weekend? Oh…the weekend. Listen, I need to talk to you about that. Look, I can’t chat now, babe, but I’ll call in the morning.’

He wasn’t coming. She knew it. She could tell by the tone in his voice.

Erin doesn’t have a crystal ball but she is predicting that Damien will let her down. What does her future hold?

The Barn of Buried Dreams is available on Amazon as an ebook or paperback and a free read, if you subscribe to Kindle Unlimited.